Does the gut have a role to play in mood disorders?

Current research is showing that there is bidirectional messaging between the gut flora and our brain. We are on the cusp of research on probiotic application in depression and anxiety both as an adjuvant therapy but also as prevention in the healthy population.

Is lack of a microflora balance a type of stress for our brains?

Indeed, an animal study1 showed that germ-free mice exhibited an increased hypothalamic-pituitary-adrenal (HPA)-axis responsiveness to stress during adulthood. The mice had decreased sensitivity to the negative feedback of glucocorticoids, resulting in elevated adrenocorticotropic hormone (ACTH) and corticosterone levels, a stressful state that resembles anxiety. Furthermore, these are not short-term effects. There may be long-term consequences of developing mood disorders in adulthood if an infant’s gut flora is compromised. The prenatal period up to 6 weeks of age is critical for this type of programming because of the ability of the microflora to modulate synaptic maturation2. Probiotic supplementation may potentially be able to reverse the excess HPA-axis responsiveness and the associated anxiety-like behavior seen in studies.

Commensal bacteria not only have the ability to influence the HPA-axis but also other Central Nervous System (CNS) molecules that are implicated in the pathophysiology of depression. Desbonnet (2008)3 showed that Bifidobacteria infantis could modulate tryptophan metabolism, suggesting that the normal gut microflora can influence the precursor pool for serotonin and hence its action on mood. By investigating behavior and brain mRNA expression of genes implicated in anxiety and stress-reactivity, another study4 found that germ-free mice exhibited decreased serotonin receptor 1A (5HT1A) expression, which binds 5-HT, in the hippocampus. Another possible mechanisms of the brain-gut messaging may be via the Vagus Nerve and the Enteric Nervous System (ENS), inflammatory cytokines and various hormones5.

Chronic stress overload can lead to both gastro-intestinal and mood disorders by disrupting the microflora balance. Yet depression itself will also reduce one’s ability to cope with any sort of stress, and so the vicious cycle continues. The brain-gut axis is even more evident as 50% of irritable bowel disease (IBD) patients also present with mood disorders6. Hence the animal data suggests a bidirectional communication between the gut and the brain.

Massoudi (2011)7 performed two studies on healthy subjects who were divided into a probiotic group and a placebo group. After 30 days, the probiotic group demonstrated improved mood, measured through various stress scales, and lower urinary free cortisol. The follow up study (Massoudi 2011)8 further showed that even the least stressed subjects benefited from supplementing with probiotics, as measured by lower scores on anxiety and depression scales, as well as sub-categories of “obsessive compulsive” and “paranoid-ideation,” demonstrating the vast effect of microflora on the body and mind. Research done in England (Benton 2007)9 on healthy subjects investigated the effect of probiotics specifically on mood and memory. The supplementation influenced mood in subjects with the lowest baseline mood, with no change in memory.

Hence probiotic supplementation can have positive behavioral effects even in a healthy population. It is important to note that probiotic supplementation has no side effects as would be expected with conventional anti-depressants, such as addiction or memory impairment. Although plenty of questions remain, the benefit of using probiotics to treat behavior disorders is becoming increasingly more apparent in scientific literature. 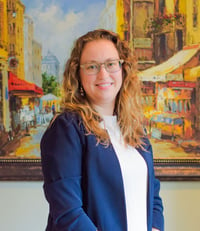 Please let me know if you need help or have additional questions.